While my mother would occasionally put up a batch of jam, I was never involved beyond licking the sticky, red jam off of the funnel when she was done. And her interest in water bath canning was pretty much over by the time I was 11 (along with her homemade olive oil mayonnaise phase, the dreaded green condiment in my baloney sandwiches).

It was actually Brad’s mother who taught me about water bath canning. She had a much stronger urge to fill her root cellar with homemade pickles, jelly and salsa. She even had a pressure canner for tomatoes, mushrooms and salmon.

The jars sat on shelves in an unfinished room in her basement, next to the drying garlic and crates of apples. Each jar was labelled with the date that it was made. And every visit to his parents’ house ended with being sent home with at least a few jars of preserves.

It was Brad’s sister, Dina, who was actually interested in learning how to can. We were all visiting Brad’s parents at the same time, and I joined the lesson, while Brad’s mom taught us how to put up a batch of peaches, using glass mason jars and metal snap lids.

Then Dina went out and bought everything she needed to make her own jams and fruit. She bought the whole set: a canner, jar lifter and lid lifter. I was a poor student at the time, so I just bought a case of jars and boiled them in my soup pot with a cloth napkin on the bottom to keep them from rattling too much.

We followed the typical water bath canning method, filled clean hot jars with hot liquid, then boiled them for the amount of time indicated in the recipe.

A Different Type of Canning

Then I moved to Ireland and decided to make zucchini relish and homemade marmalade. However, I couldn’t find any canning supplies in grocery stores or department stores. It just didn’t exist.

The mother of one of my friends’ stepped in to provide instructions. In Ireland, there were two ways to make preserves, using jam covers or reused jars.

Here is how it was done:

The results of the experiment

I made zucchini relish in various small jars that I borrowed from my friends’ recycling bins. In the end, 4 of them sealed and 2 of them didn’t. I stuck the unsealed jars in the fridge and the rest lasted the winter.

I made 6 pots of marmalade with jam covers in reused mayonnaise jars. They were all 1 cup glass jars with plastic lids… and I had a lot of them because it wasn’t possible to buy giant jars of mayonnaise like we do in North America. Only one of the jars went mouldy. We ate the rest and they were delicious!

If you’re interested in trying one of these Irish canning methods, here is some more detailed instructions.

Since returning to the pacific northwest, I have reverted to my mason jar water bath canning method. I’ve inherited Brad’s mother’s stash of jars and her doubledecker pressure canner. I regularly make salsa, zucchini relish, pickles and canned fruit.

It’s a low waste (though, high energy) way of getting our staples. Since glass is particularly hard to recycle, I try to have enough jars of salsa and pickles to last us the year. I love playing with flavour, so our cherries are made with a splash of Grand Marnier and our salsa has grilled corn. August always feels too busy to squeeze in some canning… but I do it every year!

Do you do water bath canning? What is your favourite recipe? 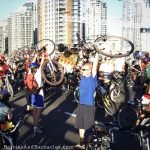 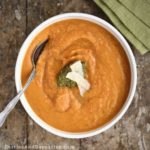 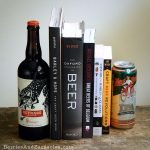 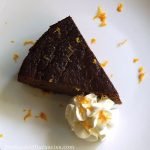 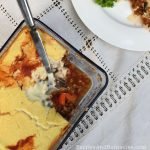 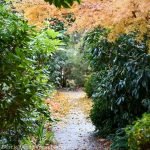 Why Connecting with Neighbours is Important