Joe and Brad share a love of beer and board games, which often come together in late-night gaming sessions. As a beer writer, I thought it would be fun to have Joe share his picks for the best books about beer.

By Joe Wiebe, The Thirsty Writer

I’ve been a professional writer for more than 20 years now, and a beer lover for even longer. It’s safe to say writing and beer are my two great passions in life, so naturally, I combined the two and wrote a book about beer: Craft Beer Revolution: The Insider’s Guide to B.C. Breweries, which has enjoyed two editions (2013 & 2015). Sadly, my book is rather out-of-date since the beer scene here in British Columbia just keeps on expanding at the pace of about 20 breweries per year. But I still write about beer via the BC Ale Trail website, which I helped create and for which I am the Content Manager, and through various articles I write for The Growler magazine and other publications.

Anybody on a Zoom call with me will notice a bookshelf full of books behind me, many of which are beer-themed. I do like a good beer book! What I consider to be good can range considerably, from a regional guidebook to a photo essay/coffee-table-style book to a more philosophical discussion about beer’s place in world history or sociology.

Nothing is better than reading a book on beer with a well-paired beer in hand. With that in mind, here are my Top 5 Beer Books with Recommended Beer Pairings (not in any particular order). Cheers!

1. A History of the World in 6 Glasses by Tom Standage

This entertaining and informative book looks at world history through the lens of six different beverages: beer, wine, spirits, coffee, tea, and Coca-Cola. The beer section focuses on how early civilization in Sumeria and Egypt grew around the industrial production of beer — arguably, one could even say that we have civilization because of beer.

The rest of the book is equally interesting, and I’d also recommend The Victorian Internet by the same author, who has written several books and is Deputy Editor at The Economist. Apparently, he’s also the drummer for the British alt-rock band, Sebastopol. Wow!

It’s impossible to know what Babylonian or Egyptian beer tasted like, but this delicious sun-themed lager has a wonderful toasted grain character, which seems appropriate to me.

This was one of the books that inspired me to want to write about beer. British beer writer Pete Brown’s third book tells the story of India Pale Ale, which originated in the British Empire’s heyday when English brewers created a stronger-than-usual beer with more alcohol and hops so that it would survive the long journey to India.

In alternating chapters, Brown tells the history of the beer as well as his own experiences attempting to emulate the creation of a batch of IPA — from brewing it according to the original recipe in England to transporting a cask of it by boat around the Horn of Africa all the way to India. It is a funny, entertaining, and informative book. Another great read by Brown is Shakespeare’s Pub, in which he tells the story of a London pub that has been in continuous operation since Shakespeare’s time.

There are so many IPAs out there to choose from so it’s hard to pick just one. Complicating matters further, we now have so-called Hazy IPAs muddling things with their delicious, pulpy citrus quality. They’re not really IPAs, but they’re damn delicious! For this pairing, I went with a classic IPA first brewed in 2008 that still stands up well today. For more about its story read my Flagship February story about it.

Michael Jackson (not the singer) introduced the revolutionary idea that beer was worth writing about (like wine or Scotch, which he also wrote about). He began writing about beer in the 1970s, using the “Beer Hunter” name and published his definitive World Guide to Beer in 1977.

Anyone who likes beer knows that Belgium has a unique and special beer culture where some of the world’s best beers are created, but in the 1970s, many of its most special and unusual beers were in danger of dying out. Jackson’s efforts to tell the rest of the world about Belgian beer helped save many of these wonderful beers. He writes about the beers and breweries with an eloquence and reverence that immediately captures your attention and definitely makes you want to taste what he’s describing.

Jackson loved this beer, perhaps even more than typical Belgians did, and worked hard to bring attention to it. Because of his enthusiasm, an American distributor reached out to the Belgian brewer to import its saison in the late 1980s.

Dupont was surprised by the request since their blonde ale, Moinette, was a much bigger seller in Belgium. “At the time, the beer represented just 2% of Brasserie Dupont’s sales and was being considered for discontinuation,” Bryan Roth wrote in All About Beer magazine in 2016, going on to claim that the saison now accounts for 40% of Dupont’s production because of the export market. It is the definitive saison against which all others are compared. I love Jackson’s description, especially his use of the word “attack”: “A big, rocky, creamy head; a sharp, firm, refreshing attack; a restrained fruitiness; and a long, almost tangibly dry, finish.”

4. The Oxford Companion to Beer edited by Garrett Oliver

Anyone wanting to learn more about beer should own a copy of this doorstop. It is an encyclopedic reference volume that rarely fails to answer any beer-related questions I come up with. Edited by Garrett Oliver, brewmaster at the Brooklyn Brewery, it features articles and essays written by Oliver along with a wide variety of the world’s expert beer writers. Happily, most of the entries are also quite well written so you won’t get bored as you page through it with a beer in hand.

I went with something bold to go along with this big book. I love this annual seasonal beer from New Westminster, BC, for its warmth and balanced complexity. It never fails to inspire me when I drink it, and that seems like the perfect complement to this book.

I have to admit that when I first got this back in 2014 I was too jealous of it to enjoy it very much. It was exactly the book I wished I could write! My own book had just come out, but my regional guidebook paled in comparison (in my own mind, at least) to this beautiful coffee-table-style book that described the entire world of beer.

Every page is a visual treasure, with color photography and stylishly designed graphics and drawings. If only my publisher had the kind of resources that Gestalten did. Well, today this book is still beautiful to look at it, and my envy has (mostly) faded into admiration.

Modeled after a traditional brown ale style from Belgium, this beer spends a full year aging in oak barrels or giant folders (oak tanks), which creates a complex cherry-like flavor with a subtle note of vanilla. If you can’t get it where you are, look for Duchesse de Bourgogne from the Brouwerij Verhaeghe in Belgium, which is distributed quite widely across North America.

Lastly, let me recommend my own book, Craft Beer Revolution: The Insider’s Guide to B.C. Breweries. It has lots of evergreen content about the history of craft beer in BC as well as profiles of many important people who have played an important role in the industry here.

Do you have a favorite beer to recommend? Share in the comments below. 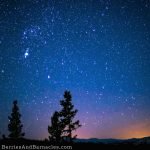 Some Favorite Sci-Fi and Fantasy Series 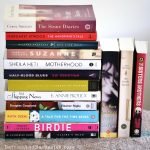 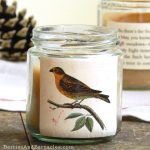 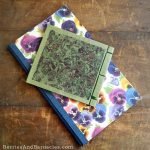 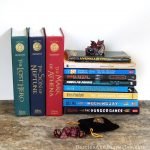 Sci-Fi and Fantasy Books For Kids Age 9 to 13 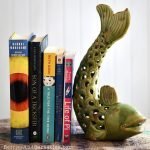 How Fabulism Can Explore A Psychological Struggle 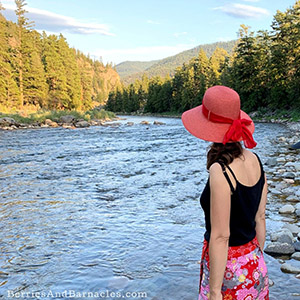