Most people take a year off to travel either in their early twenties or after retirement. When you’re mid-career with kids and a mortgage, ageing parents and volunteer commitments, it’s hard to imagine taking a whole year off. However, that is just what my friends Claire and Tom did!

They are the adventurous, think-outside-the-box sorts of people who recently bought a 1970’s mansion with another family. And a few years ago they took a whole year off to go travelling with their kids. While it might seem like they must be amazingly rich, they actually are just really good planners. Like my friend Bernie, they live a pretty small lifestyle and are really good at saving.

I recently met up with Claire to chat about their year of travelling. She had a lot to say, and I’ll be sharing her wisdom over the next few months.

The logistics of taking a year off to travel

The first question I asked her was what they needed to do ahead of time to get organized for their trip. Tom and Claire had careers, a small townhouse and kids in grades 4 and 6. Pulling away from all their responsibilities took quite a bit of planning and work.

They had been planning their trip for a really, really long time. They spoke with their bosses about one year before their planned departure. And they went into the conversation fully prepared to quit if their employers wouldn’t let them have the time off.

Luckily, their employers were understanding, and they were both able to return to their jobs. Giving a whole year’s notice meant that it was easier for their employers to organize for Claire and Tom’s replacements.

Claire and Tom owned a townhouse in an older strata. And they needed to sublet it as a furnished rental to help cover their costs. In the end, they had two different renters to cover the whole twelve-month period.

Claire shared are a few pieces of advice that helped to make the whole process of renting out the house easier.

Saving up for their year of travel was probably the most difficult part. Claire and Tom made the decision to start saving when the kids were young and they just went from there. It meant living a frugal lifestyle for a number of years.

The cost of travel really depended on where they were. They travelled to Europe, Africa, the Middle East and Iceland. Their daily budget for the trip, including flights, all travel and insurance for their family of four in 2018/19, was $300 per day.

However, the budget really depended on where they were and how long they stayed there.

If you want to read more about Claire and Tom’s adventures, check out their posts.

What do you think? Could you spend 4 to 6 years saving up for a year of travel?

« Word Choice: How Small Changes Can Have a Big Effect
Simple and Sturdy Loft Ladder » 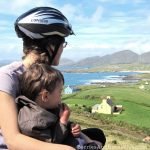 Colcannon and Hallowe’en in Ireland 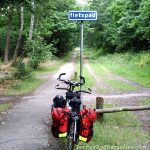 How To Survive Six Months Touring on a Tandem Bicycle 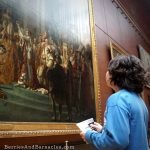 A Year of Homeschooling While Travelling 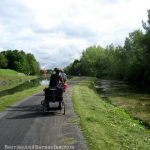 Cycle Touring in Quebec With A Baby 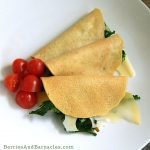